We went to Kenya for our winter holidays and came back feeling so inspired that we decided our next collection would be created around this beautiful country and its various cultures and peoples. When looking for the next destination to journey for our summer holidays, we were looking over our moodboards and decided to go back, to find the authenticity behind the research results we had pinned up. We thought it would be amazing if we could see these images in real life. After getting in contact with a photographer who captured Kenya in all aspects, we told him that we wanted to see the Turkana and Samburu tribes; one of the main subjects in his work over the years. He connected us with his guide and driver, who led us to the Turkana Lake where we met the Turkana tribe. This particular tribe is endangered by poisoned water sourced from the polluted lake. The photographer created a project to collect money to install an irrigation system, and in tandem we helped by bringing food – beans, rice, milk powder and oil – in our jeep.

On our way to the northern part of the country, we visited the Samburu tribe with the goal of returning home with their warrior headpieces. From a young age, all of the boys in this tribe become warriors through manhood until marriage. They have a specific dress code. They dye their hair with red mud and clay. They’re bare chested and wear wrap skirts with a decorated knife, bear beads around their arms to emphasize their muscles and don a headpiece made from a beaded base with mounted plastic flowers through which feathers protrude. As we got to know the tribe, our goal became jeopardized because one cannot buy a headpiece. They’re all handmade by the sisters and mothers of these warriors, and to give a headpiece or sell one would ruin their pride by having to “live off” of this ornamentation. These young men are very self-conscious and incredibly proud.

We finally find a young boy walking along the side of a street. Our driver stopped so that we could speak with the boy. We asked for his headpiece in exchange for money to make a new one; to which he agreed, not minding at all. When arriving at our final destination, we first asked some of the tribeswomen if we could collectively create seven headpieces in tonal versions of black, brown, yellow, blue, red, and white, as traditionally these headpieces are made with colorful patterns. We set up a small workshop where they taught us how to make these headpieces and I showed them how to make something monochromatic.

After three days of working, singing along, and eating and drinking together, I realized that everyone was working on something different and there was a lack of organization, leaving us with only pieces and parts of our headpieces. I tried to draw their focus to the most evolved ones. However, they continued to work in total chaos. With time running out, we worked until we saw our small airplane arriving to take us to Nairobi. Disappointed that we could only return with the original that we bought, we ran from the airstrip back to our hotel to make an agreement with the hotel owner and the woman in charge of the workshop. We compromised by giving them one week to finish all eight pieces, and upon completion, they would deliver them to the hotel in exchange for an agreed amount. The wife of the hotel owner was scheduled to fly to Nairobi in the following week, from where she could send them via FedEx.

We received them and we used them in this show: all seven. 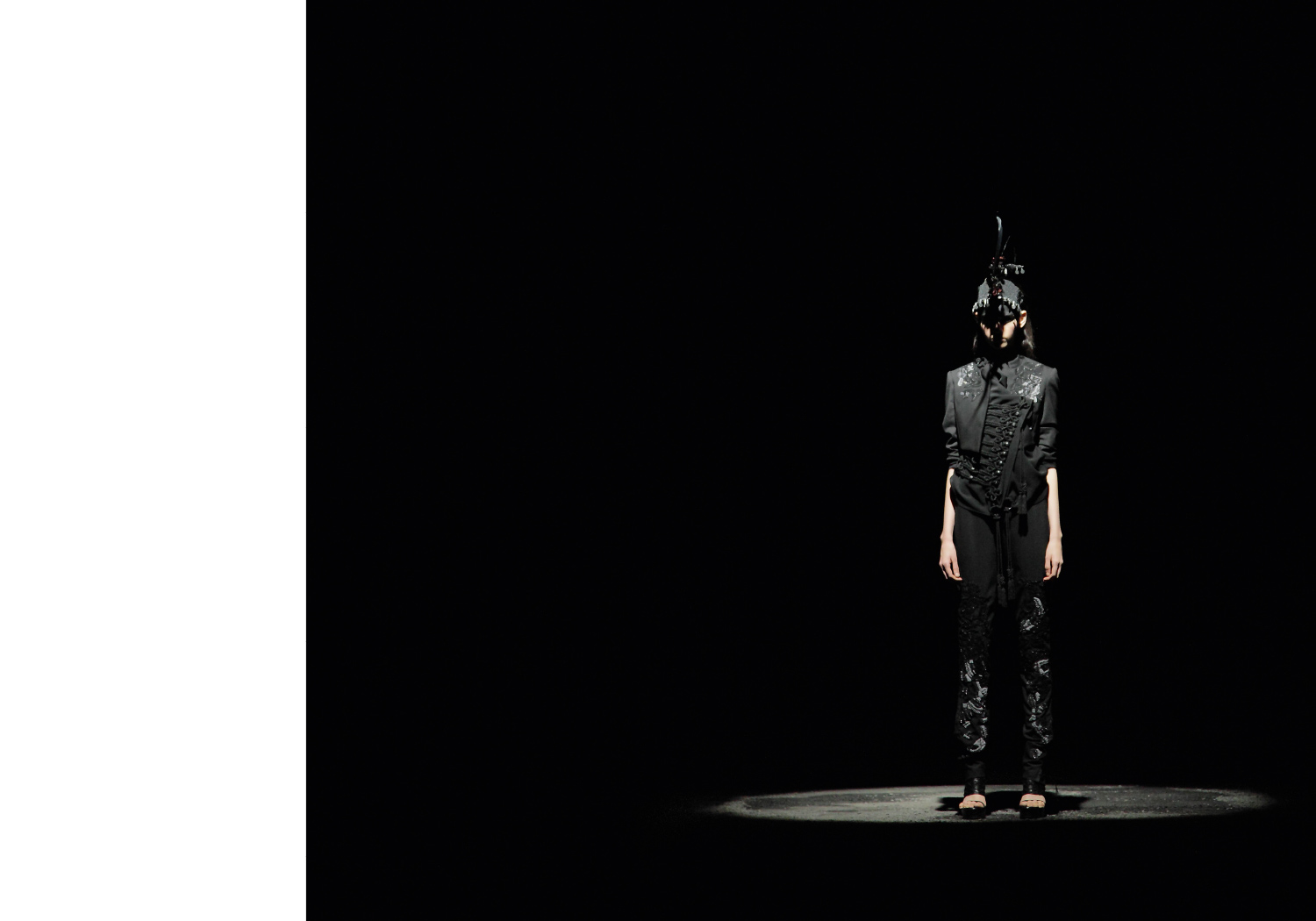 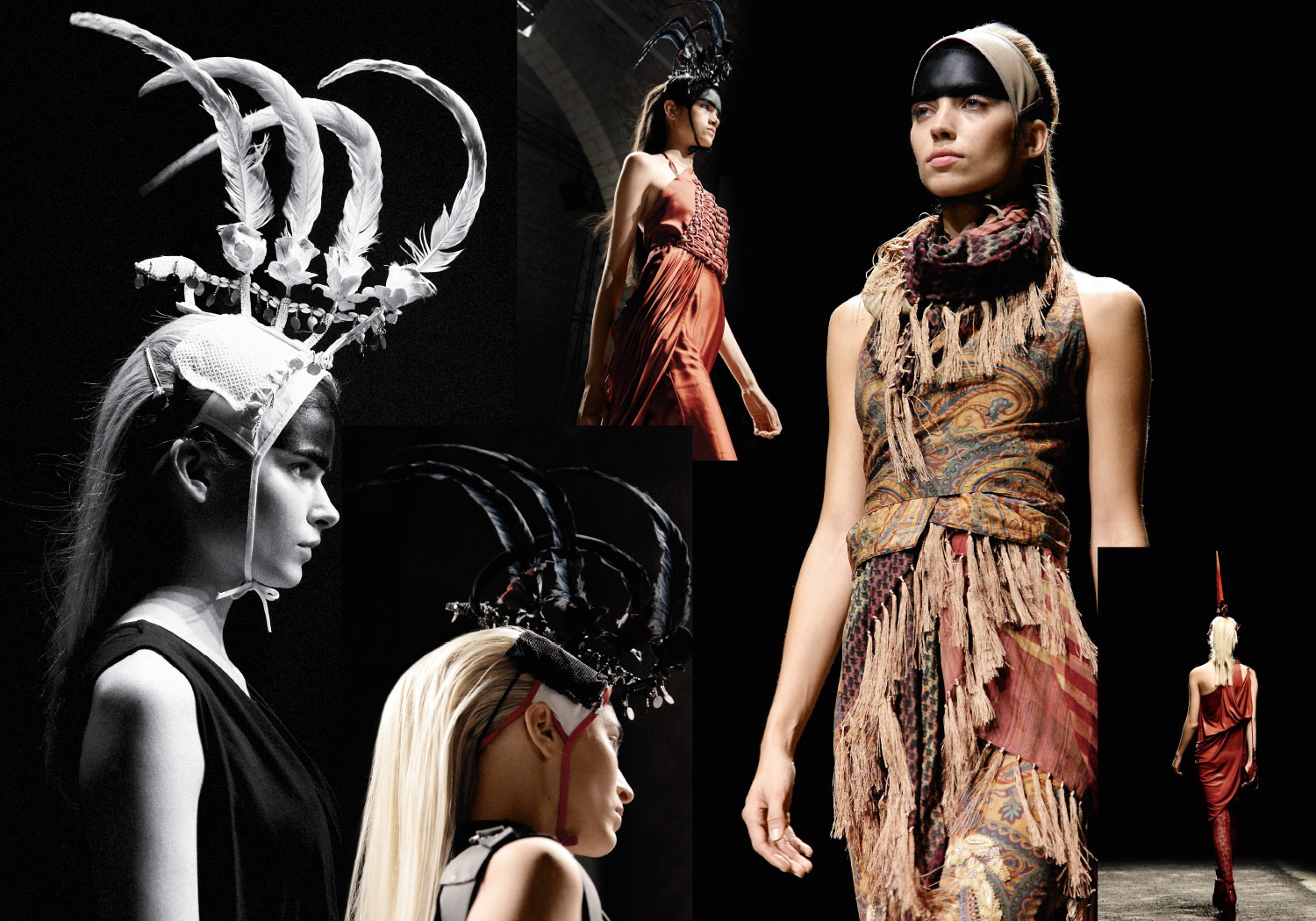 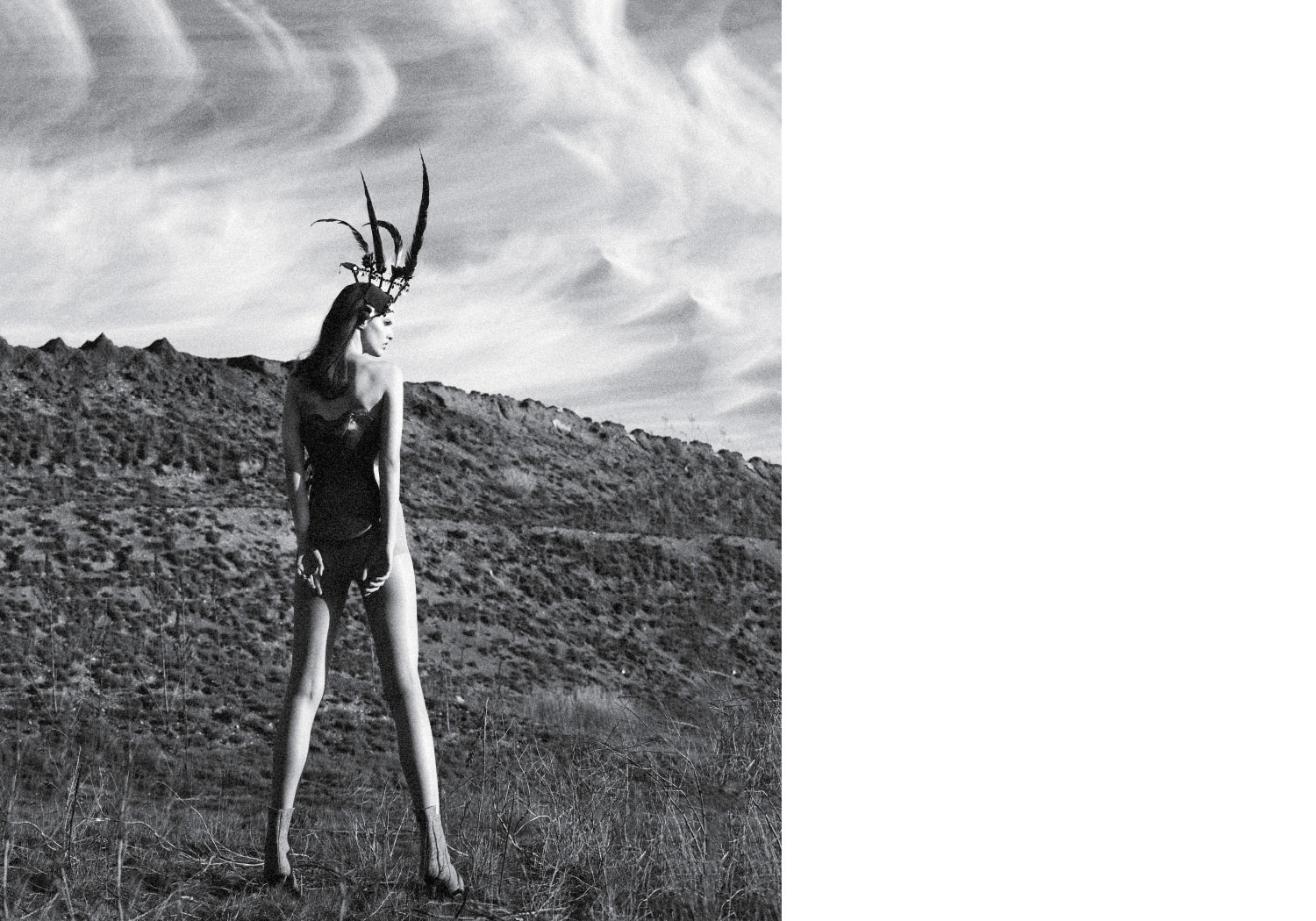 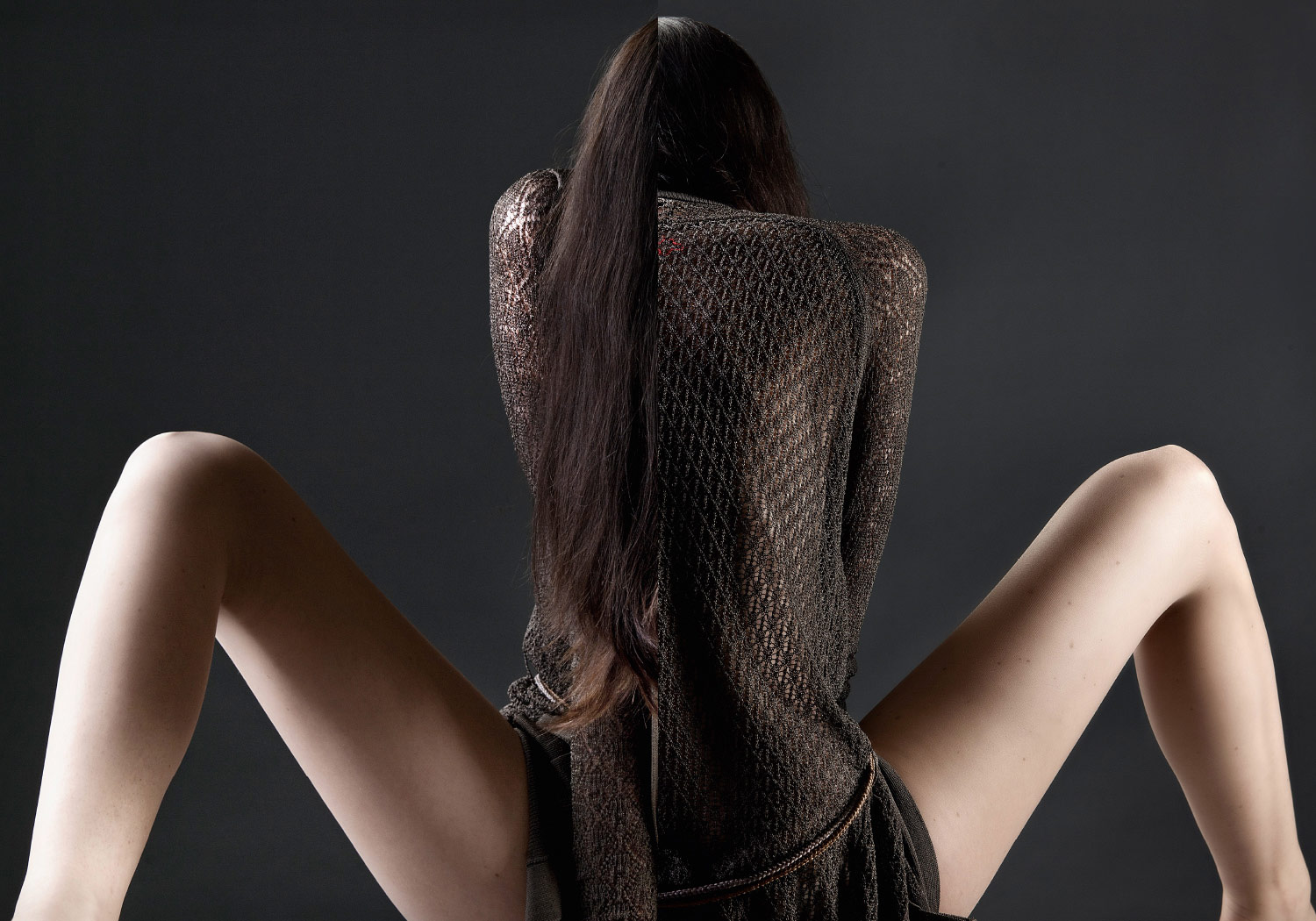